Upgrade Your Mac or Wait for the Apple Silicon Releases? 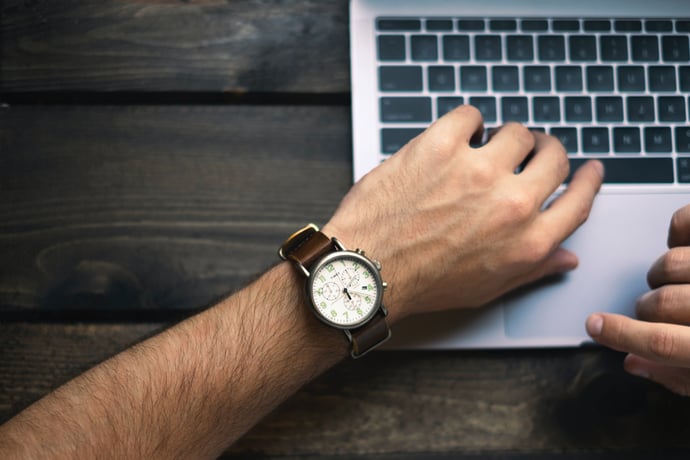 Still on that Mac that's a few years old, but not sure when to pull the trigger?

While WWDC is happening (don’t worry, we’ll post an update about that as well once the week is done), we figured we would take the time to lay out the current state of things for anyone trying to decide if they should upgrade now or wait.

Apple announced that they would be switching the Mac over from Intel to its own proprietary Apple silicon. However, Apple often does a whirlwind of product releases over the year that provide improvements to current hardware without complete overhauls. So when you go to the website and see “new” beside a core product, it can leave you wondering what actually changed.

Mystery solved! Springboard IT’s resident Apple hardware guru, Anthony, wrote up a synopsis of Apple hardware tweaks that have recently happened so you don't have to wonder. Here is a (albeit technical) recap of the improvements Apple made to the Mac lineup over the past year. Without the details on the new Macs yet, it may be hard to make a decision, but if you are wary of the transition, you can upgrade to one of the existing lineup.

Remember when you got that new fancy MacBook Pro only to realize the new butterfly keyboard was not your favorite to type on? No more! The transition back to the keyboards of our past has been completed! If you haven’t heard the news, all Apple portables have transitioned back to a scissor-style mechanism for key switches (with the new 13” MacBook Pro being last piece of the puzzle). If you still have a butterfly keyboard, you may be tempted to trade that in for the preferred scissor-style keyboards.

Benefit to you: Most people say they prefer typing on a scissor keyboard; increased productivity with fewer mistakes (impress your 7th grade typing instructor).

Besides much-welcomed keyboard improvements, the MacBook Air was recently refreshed with two quad-core CPU options for the first time, enhanced built-in graphics that support Apple’s XDR Display (their very fancy monitor) and memory speeds increasing from 2133 MHz to 3733 MHz for a significant improvement in performance over previous models. All models now come with twice the storage going from 128GB to 256GB and have configurable options with up to 16GB of RAM and 2TB of flash storage.

The MacBook Pro 13” with Touch Bar has been refreshed with 10th Generation Intel processors which enhanced built-in graphics to support Apple’s XDR Display, improved keyboard using scissor switches and a physical escape key which has been a request since the introduction of the Touch Bar in 2016. Another upgrade is with memory speed from 2133 MHz LPDDR3 memory to 3733 MHz LPDDR4X memory on some models. Higher spec models now have configurable options for up to 32GB of RAM and 4TB of flash storage. The base 1.4 GHz base model now comes with 256GB of storage stock with the option for 16GB of RAM and up to 2TB of flash storage (however, it does not support Apple’s XDR Display).

Benefit to you: Higher spec MacBook Airs than ever before for those who flirt with high processing needs, but also desire the lightweight body of the Air.

The 16” MacBook Pro now has an option for AMD Radeon Pro 5600M which includes 8GB of HBM2 memory for a significant improvement in graphics memory bandwidth.

Benefit to you: With a larger screen and more graphic power than ever, the 16" MacBook Pro is a formidable tool for the pro on the go.

The new Mac Pro now has official flash storage upgrades that are available for up to 8TB of internal flash storage and are able to be purchased and upgraded after the initial purchase of the device allowing for upgrades as your storage needs grow.

Benefit to you: The Mac Pro is made to last and grow as needs become more demanding. The additional of upgradeable flash storage means it's as good as an investment as ever for anyone who needs the power and configurability.

The Mac Mini recently received a small refresh that included base storage of 256GB instead of the previous 128GB.

Benefit to you: Double the storage for this still beloved workhorse.

The good news is that Apple continually improves performance and specs for its Macs and will usually keep the price point similar to the previous generation. If you decide to upgrade now, you will be getting a machine that is sure to last you years.

Need more help on deciding which Mac is best for your business? Our team of friendly consultants can help!

A Blog for Businesses That Use Apple

Our blog is dedicated to educating our clients and potential clients about all things Apple IT-related but in real-world capacity. So, we talk about Mac management, but we also talk about ways to teach your employees about phishing. We highlight topics surrounding our Best Practices for Managing Apple IT in Business.  Learn More  >

Get Apple IT tips for your business straight to your inbox (do it!)